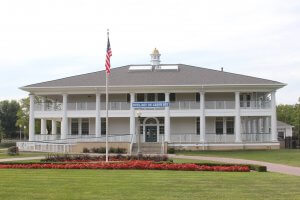 photography shows, a mermaid exhibition, car show, children games and activities, and much more. This year will also feature the Buhl Half Marathon. Runners will cover the first 2.5 miles within the Park’s 300-acre border. From the park, they will make their way through residential neighborhoods, cross the Shenango River via the Shenango Dam, then back into Buhl Farm Park.

Buhl Farm Park is the legacy of Frank and Julia Buhl. Frank grew up in high society circles of Michigan during the Industrial Revolution. His father and uncle both served as mayors of Detroit. So what makes a man like this leave the comforts of home? Love – and an opportunity to build an industrial empire and a lasting legacy in a community he learned to call home.

Frank’s father was an inventor in a burgeoning steel mill in Sharon, Pennsylvania. After Frank graduated from Yale University, his father sent him to Sharon on a “temporary” work assignment to learn this new industry. While working in Sharon, he met and fell in love with Julia Forker, a native of Mercer County. Although Frank had every desire to return to his family’s fame and fortune in Detroit, Julia refused to leave her beloved “hills of Sharon.” Frank conceded, so they stayed, and he built an empire (and a castle) for his lovely bride.

Frank’s Sharon Steel Company became Mercer County’s number one employer for 100 years. Frank eventually sold to JP Morgan’s “Trust” and used the money to pursue land development, creating the towns of Buhl, Idaho; Buhl, Minnesota; and Buhl, Alabama. Although a shrewd businessman, he was a world-class philanthropist, donating a 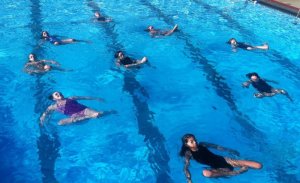 creage and buildings back to communities that bear his name. Frank was the first American to invest in the Philippines after the Spanish American war. At his death, he willed $2 million to France and Belgium to rebuild after the First World War.